Selection of Pictures from Book 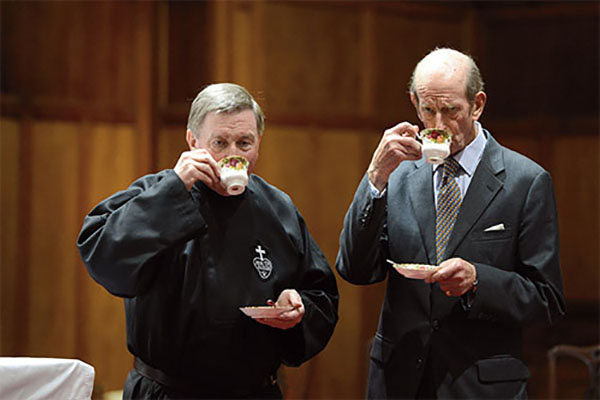 Tea with the Duke of Kent 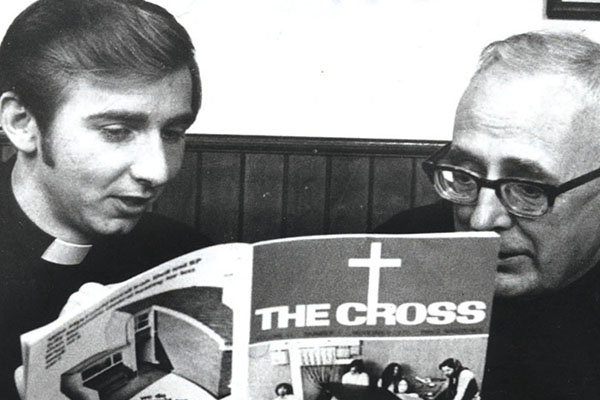 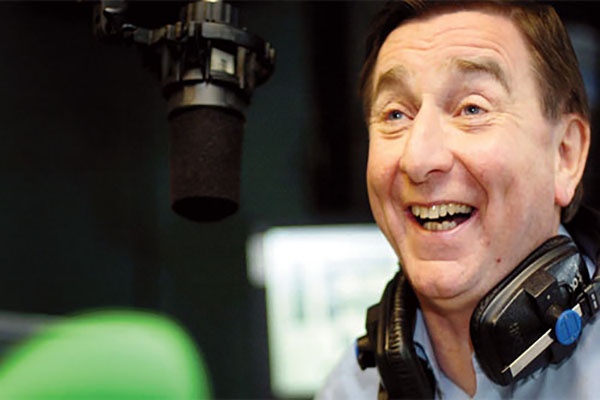 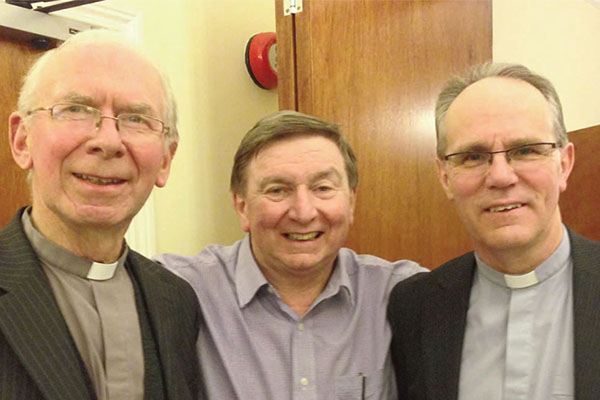 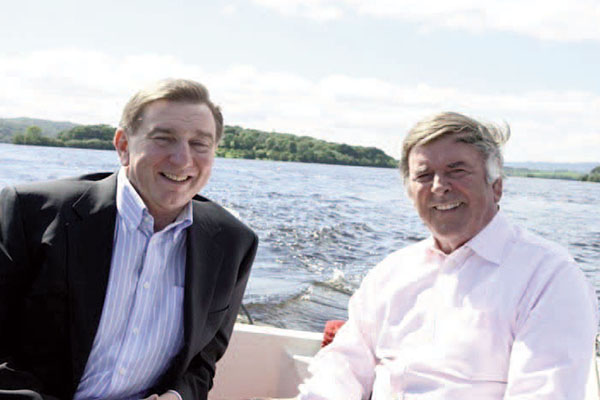 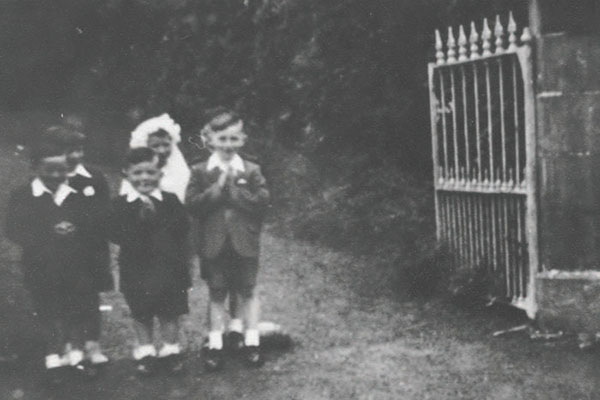 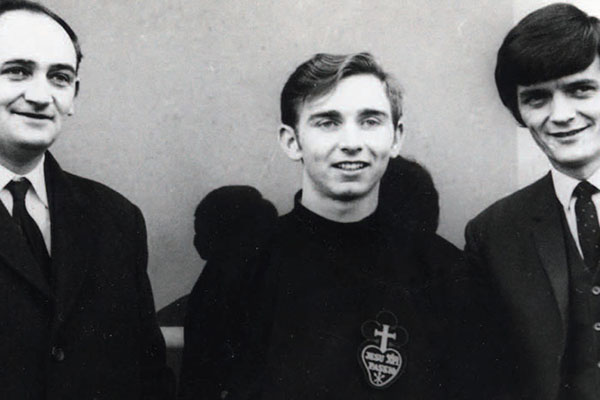 On my Ordination Day, 20th December 1969, with Eddie Masterson (left) and Brian Coll 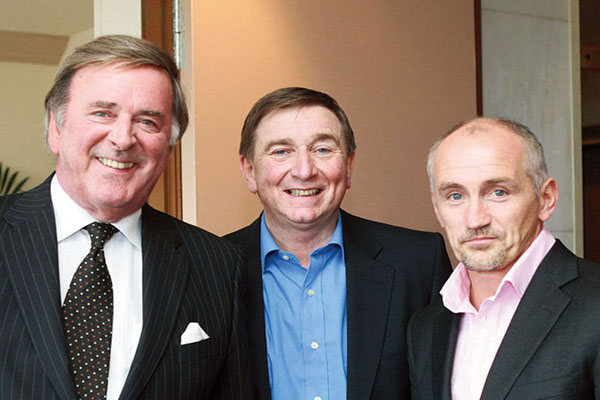 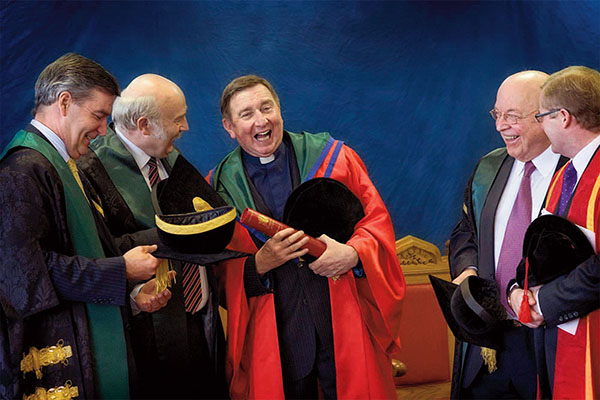 Father Brian D'Arcy is Ireland’s best-known cleric. Over fifty years as a priest, journalist and broadcaster, he has been a most outspoken commentator on the issues of the day, religious, social and political.

His views, always frank and honest, have frequently brought him into conflict with Catholic Church authorities, but despite the personal pain and anguish such confrontations have caused him, he has never shirked his commitment to standing up and being counted when morality, truth and goodness are under attack.

“It has to be said” is his second memoir – an updating of his first, “A Different Journey”, and in it he deals in great detail with the issue of clerical abuse and the Church’s response to it. He is highly critical of what he sees as the Church’s commitment to protecting the institution of the Church at the expense of the victim. His public spat with Cardinal Cathal Daly on the Late Late Show and the fall out from it are also documented in a forthright fashion. He relates how he himself was abused as a young seminarian and the impact it had and continues to have on his life.

Fr Brian’s love of music and the showband scene is well known and he recalls with great affection the characters and incidents of a colourful showbiz career as friend and confidante of the stars. His friendship with the late TerryWogan, the late Albert Reynolds, Queen Elizabeth and the Clintons also feature, as does his days as a member of the Jimmy Magee All Stars – a celebrity football team which raised thousands for a variety of charities all over the country.

After fifty years in the priesthood Father Brian’s “It has to be said” reflects on a life devoted to his ministry in an Ireland in which traditional views on topics such as religion, marriage, sexuality, women priests, homelessness, are being challenged as never before. Agree or disagree with him, his opinions, honestly and sincerely offered, are thought-provoking and are a significant contribution to the ongoing debate that is shaping the modern Ireland.

On the 5th of January 2019 I met Fr Brian in Enniskillen. After years of hearing so many stories from people about how his prayer, compassion and kindness had impacted their lives during some of their toughest times, I suggested that he should write a book about his life. This is Fr Brian’s story, an inspired page turning masterpiece. It’s also the story of an Ireland that has been transformed beyond belief in the past 50 years. It’s about a priest who has always remained faithful to the core message of the gospel: “Good news for the poor. Liberation for the oppressed. And new sight for the blind.” His vision of the church of the future is that of an inclusive, joyful, welcoming place of refuge, nourishment and healing for people. Later I discovered that the 5th of January is the feast of his favourite saint, Charles of Mount Argus. ‘It Has To Be Said’was meant to be.


What the late Sir Terry Wogan wrote about Brian Darcy

"If ever there was an advertisement for the good life, it’s Brian D’Arcy. Not ‘good’ in the modern, hedonistic, materialistic sense, good in the way it used to be: decent, kind, gentle, wise, all the epithets for goodness you can think of, could be applied to this man and none would do him justice.

For he epitomises everything a man of God should be, but fierce honesty, straight talking and a reluctance to toe the line have undoubtedly hampered his progress up the hierarchical ladder.

He tirelessly travels the length and breadth of Ireland and Britain, succouring the sick, the lost and those in need".